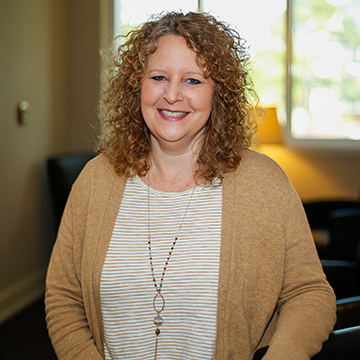 Natasha Kasarjian has been teaching at Faulkner University since 2005.  Prior to her teaching career, she worked as a recruiter for Faulkner’s Adult Enrollment division.  She was the university’s first director of graduate enrollment in the late 1990s.  Kasarjian earned her master’s degree in human resource management from Troy University and a bachelor’s degree in computer business applications at Faulkner.  She has also taken additional graduate courses in computer science at Auburn University Montgomery.

Kasarjian teaches multiple sections of computer applications and was awarded the 2013 Outstanding Educator Award.  She is actively involved in the Benefit Dinner Committee, helping the Office of University Advancement and Student Services make sure everything runs smoothly for Faulkner’s single-largest fundraiser each year.

As a Faulkner student, Kasarjian was selected to be a Jamboree hostess three different years.  She is now the coordinator/producer of Jamboree, an annual student musical production.  Kasarjian, and several other faculty and staff members, have created a pick-up band that plays at various university gatherings.

Kasarjian, her husband and their two children, are active members of the University Church of Christ, where they have worked as VBS and Lads to Leaders coordinators for several years.